10 Trendy Font Pairings to Experiment With in Editorial Design

Whether you’re creating a poster, a brochure, a website or any other kind of design that includes text, the importance of typography cannot be underestimated. Getting your type right is crucial to readability, hierarchy, engagement, navigation and overall user experience, to name but a few things. And one of the most important factors in all that is choosing fonts that complement each other well, both aesthetically and functionally.

With millions of potential font combinations open to you, though, it can be difficult to know where to begin. So in this article, we get you started by providing you with 10 font pairings that we’d recommend giving a try.

Some of these may not be the most obvious font combinations, but they all work together beautifully and are potentially suitable for a wide range of design purposes. Elena is a lovely font designed specifically for digital text. A clear, crisp and modern-looking serif, it was designed by Nicole Dotin and released through Process Type Foundry in 2011.

Another dependable and hard-working typeface, Maple is a sans-serif grotesque with exaggerated lowercase incisions, irregular stroke terminations, and an overflowing black weight. Designed by Eric Olson of Process Type Foundry, this flamboyant and versatile font is brimming with personality.

The fun and flighty Maple is a great foil for the more functional and geometric Elena, and this pairing would be a great choice for any desktop or mobile app.

ARS Maquette is a sans-serif that offers a clean and stylish simplicity. Designed by Angus R. Shamal and released through ARS Type in 2001, its pleasing geometrics are both super-friendly and supremely readable.

Copernicus Book is a much more traditional serif that exudes authority and a sense of formality, yet still with friendly and approachable letter-shapes. Designed by Village Type & Design in 2009, it’s a good option for body copy.

You won’t be surprised that we recommend this font combination for websites that feature a lot of textual information. After all, we’re using it right here on this very site! Suisse Works is a traditional serif that’s somewhat reminiscent of Times New Roman. Designed by Ian Parry of Swiss Typefaces in 2011, it’s a great way to give a sense of legibility and formality to your designs while exuding a lot more personality than, say, the overused Helvetica.

Released by Colophon in 2010, the original concept behind Aperçu was to create a synopsis or amalgamation of classic realist typefaces: Johnston, Gill Sans, Neuzeit, and Franklin Gothic. The resulting grotesque sans-serif provides real dramatic impact and is most famously in use by MOMA, De Wiels, Zeit Magazine and the Walker Art Centre.

Both fonts, in short, combine a good level of readability with a sense of individuality, but both from very different perspectives. They make an ideal combination, then, for any design that seeks to use typography to grab visual attention and engagement from the viewer. Tiempos Headline is a modern serif for display typography. Launched in 2012 by Klim Type Foundry, it was created for a Spanish newspaper, and inspired by Times New Roman. Specifically designed to fit more words into a column without sacrificing legibility, this font represents a great choice for both running copy and headlines.

Created as a bespoke typeface for the National Norwegian Design Awards, Visuelt was spawned from a more considered and constrained version of Apercu (see above). Released in 2014 by Colophon Foundry, this sans-serif has a distinctive tone of voice and is particularly striking when used in headlines.

These two fonts are both brilliantly individual, and beautifully functional, and could make an unusual but effective combination by a designer seeking to add a touch of originality to editorial design. Spectral is a versatile serif font intended primarily for text-rich, screen-first environments and long-form reading. Created by Production Type and commissioned by Google Fonts, Spectral also has the benefit of being free to use, in both personal and commercial projects.

Basis Grotesque was created by Anthony Sheret and Edd Harrington as the bespoke typeface for a photography magazine. Launched by Colophon Foundry in 2015, this sans-serif font is bold and confident in its stark, skeletal simplicity.

If you’re seeking a sense of cool, minimalist modernism in your designs, then, these super-sleek fonts could prove a killer combination. Poppins is a geometric sans-serif with 18 styles, created by the Indian Type Foundry in 2019. With a more international and contemporary take on the traditional genre, the family also supports both Devanagari and Latin writing systems, making it a flexible choice.

Minion is a serif typeface inspired by late Renaissance-era type and intended for body text and extended reading. Designed by Robert Slimbach, it was released in 1990 by Adobe Systems.

For a text-heavy design, we’d highly recommend giving the heady combination of Poppins and Minion a try. The readability of both fonts is in no doubt, plus the distinctiveness and originality of Minion combined with the versatility of Poppins offer the potential for some imaginative typographical aesthetics. Calluna is a serif typeface with some unique and interesting elements, including a calligraphic feel to some of its italics. Designed by Dutch designer Jos Buivenga, it was released in 2009 through exljbris.

Cabin, meanwhile, is a humanist sans font family inspired by Edward Johnston’s and Eric Gill’s typefaces. With a touch of modernism, it has four weights and true italics along with a whole heap of personality. The weight distribution is a little monotone, but top and bottom curves are slightly thin.

Both navigating a sweet spot between formality and distinctiveness, these fonts would work well together in adding a dash of visual interest to an otherwise highly readable text-based layout. Inspired by the hand lettering of 20th-century book designer and calligrapher Oscar Ogg, Ogg captures a unique mix of calligraphic and typographic form. Recommended for posters, product packaging, magazine spreads and book covers, this serif font was designed by Lucas Sharp and published by Village in 2013.

Freight Text is a serif typeface designed by Joshua Darden and published through GarageFonts in 2005. Consciously stylised, yet sturdy and readable, it’s a typeface firmly in the Dutch/English tradition.

These two fonts both offer a very distinctive aesthetics, in very different ways. If you’re looking to provide a high level of readability in your design, while still retaining a sense of originality and dynamism, this could be the unusual combination you’re looking for.

9. Baskerville and Avenir Next Baskerville is a transitional serif designed in the 1750s by John Baskerville. A true typography classic, with some stunning ornate touches such as the beautiful ampersand, it continues to be popular amongst designers, more than two-and-a-half centuries later.

Avenir Next is a new take on a classic font that was created by Adrian Frutiger in 1988. Akira Kobayashi worked alongside the type legend to develop a fresh 32-font collection that is clean, straightforward and works brilliantly for blocks of copy and headlines alike.

Baskerville and Avenir Next are a commonly used font combination, but that shouldn’t put you off, because these two classic fonts do complement each other beautifully. A sans-serif font, Didact Gothic was designed to present each letter in the form most often used in elementary classrooms. Which makes it ideal for editorial purposes.

Fanwood Text is a revival of Fairfield, a typeface that was first released in 1940 by the famous Czech-American type designer, Rudolph Ruzicka. With this version, the roman and italic are slightly darker and reduced in contrast than the original, making it more readable on modern screens.

Teaming Didact Gothic and Fanwood Text makes a classic font pairing, so you won’t be the first designer to ever put them together. But don’t worry, because the innate versatility of both fonts means that you’ll still have plenty of scope for typographical nuance and originality within your design.

Want to learn more about how to pair fonts? Or fonts and graphic design in general? Study design 3 months full-time or 9 months part-time at Shillington in New York, London, Manchester, Sydney, Melbourne or Brisbane –> www.shillingtoneducation.com. 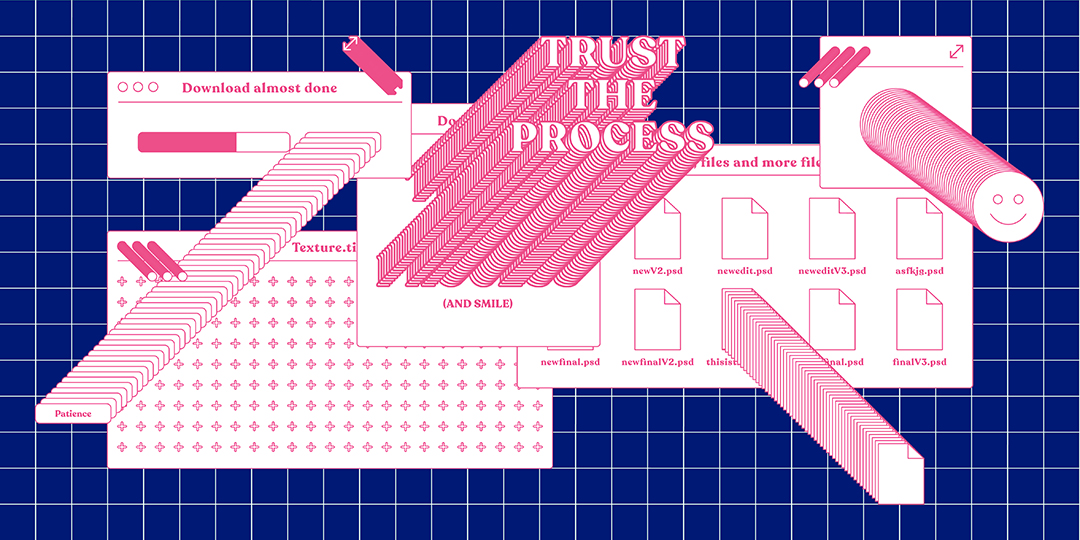 Graphic design is a career where the skills pay the bills. Like any job, there are some essential skills that all wannabe... Want to become a graphic designer? If you’re looking for a good place to study design then the great state of Ohio has a lot of...

Resources
Want to win some amazing prizes and stay in the loop with all things Shillington? Sign up to our newsletter to automatically go in the draw.