At Shillington, we love to celebrate great design from around the world. We’ve covered many different countries so far and are now exploring the creative scene in Belgium. The country name comes from the Roman province, Gallia Belgica, an area populated by the Belgae. Brussels, Antwerp and Ghent are filled with contemporary galleries, innovative design and a great culinary scene. Belgium has so much to offer! With over 1,000 varieties of beer produced, there is a neverending supply of beers to enjoy and sweets to savor, like the Liege waffles, pralines and world-famous chocolate. And Belgium is known for its comic-book artists with popular titles like Tintin, Gaston, Nero and many others.

We narrowed down our list of Belgian creatives to our seven best. The list includes book cover design, whimsical illustrations, visual identity for the arts and a campaign design for a creative awards organisation. Read on to see who made the list! 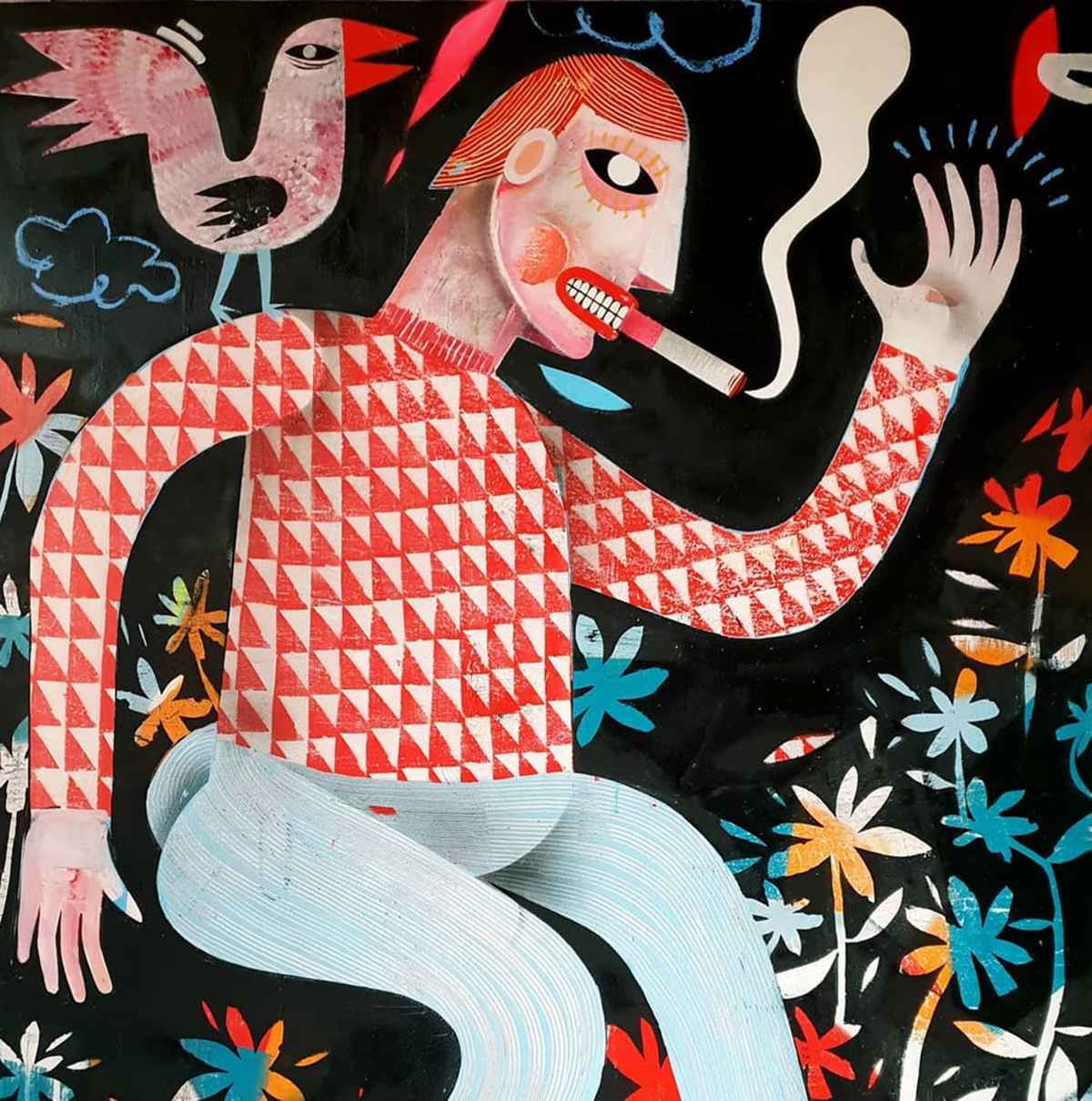 Joachim Lambrechts has a background in street art and has been involved in the graffiti scene in Antwerp since the 90s. His playful drawings of urban scenes, people and animals have a distinctive, experimental style with a mixed influence from artists like Lichtenstein, Haring and Basquiat. Since 2014, he’s been showing his paintings both locally and internationally in gallery shows and commited to his art practice full-time. You can also find his mural work in many cities around Europe. For Joachim, leaving his comfort zone allows him to keep creating new material and staying in the creative flow. Jango Jim is an Antwerp based artist, who as he puts it, creates “trippy, colourful, cosmic, coffee-infused illustrations, comics, animations and murals”—we couldn’t agree more! His humorous illustrations are playful and will surely make you smile. Travel inspires his work and you can see references to psychedelic art and pop culture. He’s been commissioned for television, editorial and brands like VICE, Dr. Martens, Converse and Disney. We particularly loved the illustration series he created for VICE Belgium related to articles on food and the habits of famous people. Tim Bisschop has been working as a graphic designer in Bruges since 2011. He’s done some incredible work for book design, posters, magazines and cool branding projects, working with amazing clients like Studio David Lynch, Anton Corbijn, Erwin Olaf, Stephan Vanfleteren, Aperture, Prestel Publishing and Thames and Hudson. For the Belgian photographer, Sanne De Wilde, we were really impressed with his book design for The Island of the Colorblind. The book cover is UV sensitive and changes colour from white to blue when exposed to sunlight! Each detail within the book is carefully considered from the colours of the photos to the paper stock. Davy Denduyver is a multidisciplinary creative from Bruges and leads the creative direction for his clothing brand Lost in the World and Studio Dada which focuses on art direction, photography and design for culture, fashion and music sectors. For the Open Ateliers project, he created a visual identity curating different objects from the artist studios in the building, which formed the basis for the campaign. We loved the choice of colours and experimental typography in the design. The Antwerp based illustrator Charlotte Dumortier creates murals and illustrations for magazines, newspapers, posters. In her free time, she enjoys working on yum yum zines, screen printing and in the process of illustrating her first book, The Orange Who Ruled The World by Benjamin Rosenbaum which will be released this year by Mascot Press. She’s been commissioned by some big names too—Apple and Uniqlo! And for the Creative Mornings “Surreal” theme, she created the above illustration. Isn’t it cute?

Sören Selleslagh is an illustrator from Mechelen who strives to create “visually appealing images people can relate to” using bright colours and bold shapes. For each work, he draws inspiration from the environment to bring the stories to life. He also works as an animator for Volstok, an animation studio in Ghent. Mirror Mirror is a design agency from Antwerp specializing in branding and visual communications for clients within the commercial and cultural space. They blend their collective expertise in advertising, branding, illustration and art direction to create cohesive brand identities for clients around the world such as Uniqlo, Campo art auction house and Creative Belgium Awards. For the 2018 awards campaign, they created a black and white identity, including posters, a website, social media and motion design that reflected the “vibrancy of dance music with echoing typography and a dynamic set of visuals”.  They even created a techno anthem at the awards show to bring Creative Belgium to the club, literally.

Want to see the full list of creatives around the world? The latest countries we covered in the series are Portugal, Australia, Argentina and South Korea!